So we have a little surprise, a wedding gift to ourselves so to speak. We are the proud new owners of a 15 foot 1974 Scotty Serro travel trailer. And as you might imagine, it's a total gut job but the price was right and we can tow it with the Forester! We are so exited for this project - we've been looking at them for a while because for me, it's teal and white and who can resist! And also because Ben and I have a love affair with things built in the 1970's (see the Gainesville house).

This little gem sleeps six, count them six. Two on a pull out couch, two on the collapsible table and two in the bunk above the couch if needed.  Lucky enough the lights work, the fridge unfortunately does not. 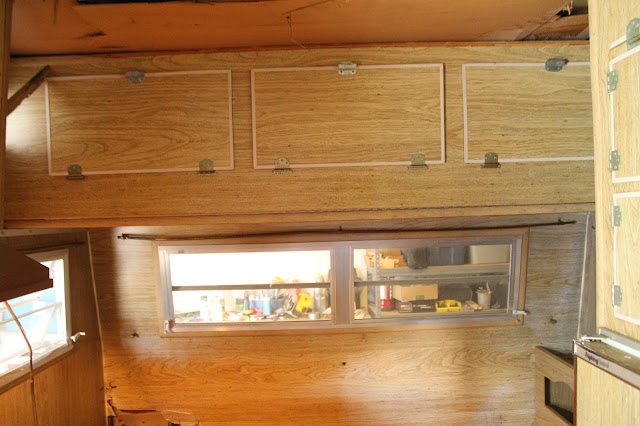 This is the back of the trailer where the couch and (maybe) bunks would be. 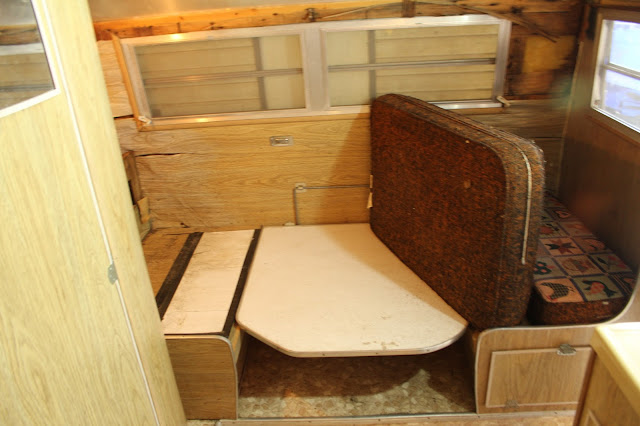 This is the dinning nook, a previous owner pulled out the ceiling, which we are pretty sure was just contact paper stuck to rotten wood. These trailers are notorious for leaking at the seams. 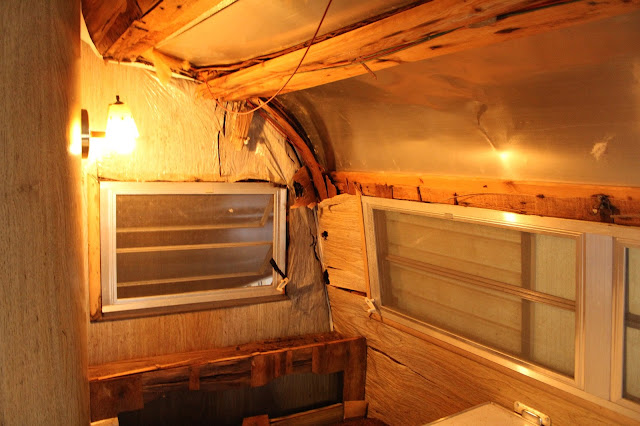 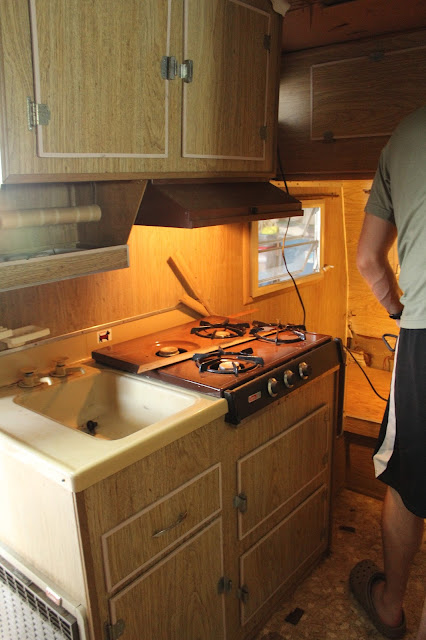 Regardless of it's current state we are so excited to gut it and get it back in working condition! In doing a little research on what they can look like we ran across Pioneering Simple who live in a beautifully renovated one! Check them out if you are having trouble picturing what an updated one would look like.